Hosea is sitting, alone, at the balcony of Java, Kimathi Street. He has a nice view of the Nation Centre twin tower. His mug of coffee has gone cold, untouched. He contemplates calling her but stops himself midway and places his phone back on the table. He watches the pounding rain as though it is his first time to see the sky leaking.

The seats on the outer row of the Java balcony have been abandoned because of the rain. Even those on the row that he is occupying have been mostly abandoned, but Hosea stays put. He does not feel like going to the crowded inside. His mind is focused on only one subject.

They met at the University of Nairobi. Hosea had just joined the Christian Union in a bid to abandon his wayward ways. It took only the first Sunday for Hosea to fall for her. She was admittedly beautiful, her round face resting gracefully on a long neck which in turn gave way to a shapely torso. Her easy smile made her inquisitive eyes dance with mischief, as her mouth revealed a well aligned set of very white teeth. That day she was leading worship in the Christian Union service, and her voice seemed to float above them, drowning their inferior croaking.

Hosea had wondered that day whether Satan was on a personal mission to destroy him. He was sure he would sleep with her, unless God the Father, God the Son and God the Holy Spirit intervened in a joint effort. He had seduced Christians before. More radical Christians than Christian Union members. He had successfully seduced female members of the fiery Nyanza Evangelistic Team (NET). He had even slept with a married woman from the Repentance and Holiness Ministries. Most Christian and Muslim women were easy for him. They only needed the right amount of patience and affirmation.

In the following weeks, he crept into her personal space stealthily. He knew his reputation as a womanizer preceded him, so women, especially religious women, kept him at bay. But he was a master at the game. He knew the buttons to press.

He became vulnerable with Grace. Vulnerability worked with almost every woman. He opened up to her with such sincerity that he himself was no longer sure whether the demon of lust was still in charge or God the Trinity had intervened and rescued the girl by saving his wretched soul.

But time proved that lust was still dominant in him. When she was comfortable around him, the seduction game began. But she proved to be more formidable than he imagined. She successfully resisted him. Perhaps the first woman to do so.

That is when he realized he was in love. Never in his life had he harbored such feelings for a woman. Any woman. Grace took it upon herself to teach him the ways of the Lord. In the second semester of his third year, he committed his life to Christ. The burdens of his past seemed to have been lifted off, except one: Grace. He still loved her.

Their friendship flourished after he gave his life to Christ. He gathered courage during his last semester to ask her to be his girlfriend. To his delight, she accepted. They have been dating for three years now. Hosea has taken his faith seriously, to the delight of Grace. And now, three years after campus, Hosea feels ready to get married. He proposed last year and naturally, she accepted. However, she has been acting strangely since then. She has been dodging all discussions relating to marriage.

It started when a mutual friend took them to a prayer meeting one Wednesday. It was held in one of the old buildings in downtown Nairobi. The meeting was hosted by a certain Apostle Mutuku. The Apostle does all the praying in his meetings. He exorcises demons, sets captives free and heals the sick and prophecies. His meetings are high drama meetings.

Hosea did not like it and vowed never to return. But Grace was wowed. She felt that she had found the right spiritual covering (her words). She started attending the Wednesday meetings regularly. One day, she told Hosea that they needed to book an appointment with the Apostle so that he could have the spirits of his past lovers exorcised. Hosea refused, and they argued bitterly.

Grace went alone and interceded for his deliverance. The pastor asked her to be seeing him every Tuesday so that they could pray for his rebellious spirit to be broken. That was the beginning of the rift between them.

Hosea feared that Apostle Mutuku would convince Grace to leave him and find a spirit filled brother from his ministry. So when she said we need to talk and asked to meet him at Java, emptiness filled his stomach.

He still loved her, even though he did not like her obsession with Apostle Mutuku’s healing ministry. He wanted to marry her, and even contemplated going for the deliverance session. Anything to keep his fiancée. He was however unprepared for what she had to say.

Hosea, I don’t know how to say this…I cannot marry you…

It’s okay Grace. I have been thinking. I will come with you to see the Apostle. I am willing to be…

I am expecting Apostle Mutuku’s child Hosea. We are getting married after he divorces his demon possessed wife.

She had dropped the bombshell and left Java without ordering anything. That was half an hour ago.

Hosea watches as people start pouring back into Kimathi Street. The rain has subsided and the late afternoon sun is peeping shyly from behind the light clouds. He wonders where Grace is. Is she in church with him? Perhaps kissing and cuddling in his office while waiting for people to come in the evening to be prayed for?

Hosea rises abruptly. He needs to get to his car before tears start falling in public. Tears of rage and frustration. 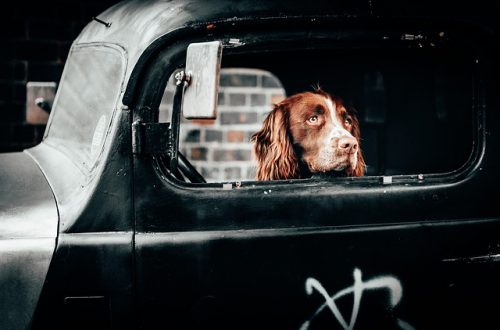