(Continued from Mom on Fire II(Abortion) )

Jane held her breath. The cold metal on her temple was menacing, and she was afraid that even the slightest movement would send a bullet into her skull. But the other girl was calm. Smiling even.

“You used that same gun on me Doctor. And you removed it from the same shelf.  Of course the first thing I did when I got in here was to unload it. Shoot her if you want. But there are no bullets there,” the girl said.

The girl was beautiful. Her hair was cropped short, revealing a round head that complemented the round face. Her small nose was finely curved, sculptured at the Creator’s finest moment. Her round, brown eyes, soft and searching, did not fit the description of a cold blooded killer. But her full mouth, accentuated by screaming-red lipstick, was pursed in silent determination. Neither Jane nor the doctor had any doubt that she could pull the trigger if sufficiently provoked. Wearing fitting jeans, a fitting black T-shirt and brown boots, she was holding the pistol steadily like an experienced marksman.

The doctor pressed the trigger, and his pistol clicked harmlessly.

“Who are you?” he asked weakly, realizing he was beaten.

“A girl you raped and whose baby you aborted two years ago. The one who had twins, remember?”

Jane felt the gun slowly drop from her temple and her breathing normalized. If this girl was bitter, or angry, she did not show it.

“I am surprised you remember my name. How many girls have you raped and forced to abort doctor?”

The doctor did not answer. Instead, he gave Jean a fiery and defiant look.

The doctor moved towards the door, with Jean pointing the gun at his head. He unlocked it and stepped onto the hallway, with Jean and Jane following. They found James, Jude and Joseph chatting and laughing. Jane was confused. Why was Jude and James laughing with her tormentor? She must have frozen mid-step because James came over and guided her to a seat. She eyed Joseph suspiciously.

“It’s okay, he is on our side. He helped us pull this through,” James explained.

Jean handcuffed the doctor as the men filled Jane in with the details. The doctor was on the Bishop’s payroll, and his main job was to clean up after the Man of God’s mess. He treated the Bishop when he contracted STDs. He also treated the girls who slept with him, and also helped with the abortions. Bishop and Mom liked him because he was discreet, but his discretion was because Bishop and Mom had him on a short leash. Years before he had lost his license after being accused of raping a patient. Mom, sensing his value, had bribed journalists and bloggers to kill the story then hired him to be cleaning the Bishop’s mess.

Mom preferred to have his driver, Moses, take the girls to the doctor. Moses was a gorilla of a man who also acted as her bodyguard. Besides his gigantic frame, his bushy beard and the permanent scowl on his face made his similarity to the less evolved primates more eerie. No one had ever seen him smile. Not even Mom. But he was ruthlessly efficient in this and other parts of his job.

Joseph had met the doctor years before. He had contacted syphilis and told Mom about it because they had just started their sexual liaison. Mom had brought him to this doctor.

“You have been sleeping with Mom?” Jane asked, shocked. Finally, she understood why Mom needed a private bedroom at the office.

“Yes. For several years now. Even before I married Evelyn. Evelyn does not know about my involvement with Pastor Asenath. When I contracted syphilis, Pastor and I started using protection. She contracted STDs a few more times and I brought her to this doctor here. Eventually, she stopped sleeping with the Bishop altogether and we stopped using protection.”

Jane noticed that Joseph did not call Pastor Asenath Mom, like everyone else was accustomed to. By now everyone was keenly listening, including Jean. No one saw the doctor remove his cell phone from his pocket with his handcuffed hands, and neither did they see him send a text message.

Whatever Joseph had told the others earlier, it was obvious he had not mentioned his relationship with Mom.

“Why didn’t Moses bring me here like he did all the other girls?” Jane pressed.

“He is in remand. He was speeding a few days ago and killed a woman. He was denied bail and Pastor was still trying to bribe the magistrate and have him review the decision when you happened. I think I was the only one she felt she could trust,”

“But why would you date a married woman bro? A pastor even?” Jude asked.

“She coerced me. Remember that time that my mother had cancer? I went to her for help. That is when she seduced me. She said she could only help me if I helped her. I would do anything to save my mother’s life. Including having sex with a married woman. I know it was wrong, but I did not see an alternative.  She is a beautiful woman, and I was single. If having sex with her once was going to save my mother, I would do it. Obviously I underestimated her, and before long, I was too entangled to get out. She even threatened me with death once when I said I did not want to continue having sex with her. That was about the time I was getting married, and was feeling guilty about cheating on Evelyn. And now,” Joseph paused, overcome by emotion. He covered his face with his palms and sniffed repeatedly. James placed his left hand on his shoulder.

“When this comes out in the open, I am sure Evelyn will hate me forever.”

“So how did you all find each other?” Jane suddenly asked, changing the subject. She did not want to see a grown up man start sobbing.

“Jude, as you know is my friend. Jean is Jude’s girlfriend. She worked at Fire Ministries before you joined, and that is how she knew Joseph and they became friends. She was raped by the Bishop, became pregnant and was booted out in the same fashion as you. She is a cop now. GSU” James replied.

“When Jude told me what you guys were planning, I knew you needed an insider to succeed. And the only person I trusted was Joseph. Luckily, he had been assigned to bring you here,” Jean volunteered.

Suddenly the door burst open and three humano-gorrillas trooped in, armed with pistols. Jane recognized Moses and realized it was Mom’s hit men on the prowl. She instantly sensed that they were doomed. Jean reached for her gun but Moses fired a shot in her direction. She screamed as everyone scampered to the floor. 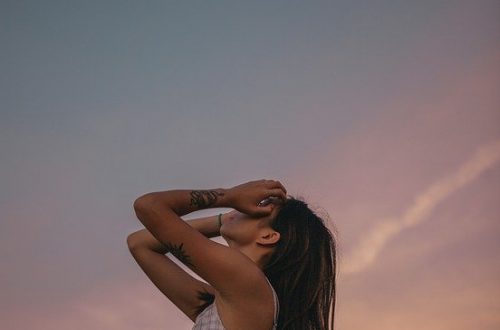