“Kama wewe ni mwanaume pita hapa” Eric yells, drawing a line with his bare toes on the dusty ground. His eyes are red, on the point of tears and veins are protruding on his temples, pulsing rhythmically. John has just been taunting him, and he feels humiliated and demeaned considering it was in the presence of a group of their friends. John considers the dare and hesitates. He is unsure as to whether he wants to accept the challenge and get into a fight. He is not sure he can win. Eric is a tall, lanky boy, but it is said that people with a bony structure are rather strong. He is shorter than Eric, but with a more muscled build. They are both about 10 years of age.

“Anaogopa” a girl in the group of friends watching the drama yells, and everybody bursts out laughing.

Eric secretly hopes this is true. He also does not want to fight, but he wants to redeem his image. But that can only happen if John walks away, because it will be said he fears him. John knows this and is not about to throw away his dignity. He walks across the line to where Eric is.

The tables have turned. John is the one now hoping Eric will cower and walk away. But that is not about to happen. Eric swings his fist and hits John on his left jaw. This catches John by surprise and he is dazed for a few seconds. But he quickly regains his composure and throws a punch at Eric. Eric ducks and John misses, losing his balance. But as he falls, he grabs Eric’s waist and they fall to the ground and continue wrestling.

To many men, being told “you are the man” is the compliment per excellence, while being told “uko na umama” is the ultimate insult. Eric and John above wrestled only to prove they are men. Walking away would have been womanly (read cowardly). A man is supposed to be tough, emotionless and fierce. He utters minimal words, speaking only when it is absolutely necessary, especially to women and children. But above all else, physical strength is key. The ideal man is tall, muscular and reserved. He inspires awe, intrigue and fear.

Yet God did not get that memo in time when He was creating some men like myself. Or maybe He was experimenting on new ideas. Or maybe He was just having comic relief, taking a break from the otherwise busy duty of creation. The result being the creation of short, chubby men like myself. When He was done He was so pleased with His sense of humor that He decided to add some more features just for a laugh. Like He made us with an insatiable desire to talk. Like really. Some of us are always itching to say something. Unless we are reading an interesting book, or beating a deadline at the office. Or when we are in an unfamiliar environment that we need to study first.

I was a beautiful little boy, at least according to most of those people who knew me back in the day. I remember many occasions when I would go to a shop and the shop keeper would be like:

“Wenderue ki kairitu?” (What do you want to buy, little girl?)

I know that may be hard to believe now, seeing as I have since grown bald and hair has sprouted all over my face like the stubborn hyacinth on Lake Victoria. But it is true. Yet it did not bother me. I never felt the urge to overdo masculine exploits to make up for my feminine face. As a matter of fact, my physical image has never bothered me.

When I started growing bald, I stopped trimming my hair and started shaving it all off. My barber insisted on it. I mean, that is what all bald young men do. Because it sort of conceals the bald spot. But one day I looked at myself in the mirror when the hair was growing and I thought I looked sort of cute. So I went and told my barber to remove the traces of hair growing on my bald spot and leave the rest intact, in a way that emphasizes the bald. We argued for a while and I had to remind him that I pay him to do what I say. I was very pleased with the result and I have stuck with that hairstyle to this day. Haters like Sore say it is not a hairstyle but a headstyle. I forgive you. People were horrified. Many wondered what I was trying, but it was my mother’s reaction that was simply priceless. She looked at me silently for a while, like I had turned into a giant, friendly rabbit. Then she finally spoke:

We were just the two of us and she said it in such a matter-of-fact way that I couldn’t hold it and I burst out laughing. Then she joined me laughing. But perhaps the most disturbing image problem for men is height. Like I said, we have been taught that height is a mark of masculinity. I have seen short men who are always on a defensive edge. You make a joke about them and you get a 45 minute lashing about their accomplishments, complete with a footnotes and a 3 page bibliography. To be fair, it is also because a section of the society can be brutally demeaning to short men.

I think Chimamanda said it accurately in her speech “We should all be feminists”. The macho image of men was justified in the olden times. The world order then was set by brute force. To protect your family you had to be able to physically fight other aggressive human beings as well wild animals. Even the weapons used then required physical strength to use: spears, clubs, swords, shields and arrows. Just look at Yego and his fellow Javelin throwers. To provide for the family you had to be physically strong. Digging is not for the weak. Taking animals to the pasture meant you had to fight both wild animals and raiders. Even fishing meant you had to sometimes deal with the vagaries of the sea in simple canoes. It then perhaps explains how the patriarchal society was established, because men are generally physically stronger than women. And therefore physical strength defined manhood. Because physical strength meant wealth and security. It was therefore prestigious to be physically strong. It made you the man.

But the world order has changed. Today brains, not muscles, rule the world. Automation is quickly taking over the tasks that require physical strength. And this is causing confusion in the man kingdom. Because women now have a chance to be equal players in this new order. And we men, have not been trained to transition and take our place in this new order. I listened last Sunday to one of the associate pastors in my church speak on the role of men in the society. He gave 4 Ps, two of which are Protection and Provision. A man should protect his family and provide for it. I had to smile as I heard him say provision is not just about material wealth. You can provide comfort, love…I felt he was trying too hard to establish new principles of manhood, while essentially relying on the old ones to make his case.

Under the old order, a man offered security to his family. He was always armed with a bow and arrows, and when he heard noises outside, he stepped outside to deal with whatever it was. But in this era of guns, that is becoming a tricky thing to do. So dear future wife, I will kill mosquitos and spiders for you, but when it comes to armed robbers, we may have to let them take what they want. You don’t confront bullets with fists. I don’t even have a bow and arrows by the way. Ahem! This is where I lack a wife.

When it comes to provision, men basically went to work, and women stayed at home. The financial health of the family lay squarely on the head of the man, and that also came to define manhood. I know I should provide for my family. But the question is, if I, a young lawyer trying to make economic sense of this career falls in love with a tech genius who built a company at the age of 22 and is now a millionaire, can I a marry her? If yes, is she supposed to stop enjoying the luxuries she can afford because I cannot afford them? If yes, then what does she do with the money? And if no, will that mean that I have stopped providing because she can pay her own way?  And will she even respect me when I earn substantially less and the society has drummed it into her head that I should provide? Or should I look at her and say:

“Look, Lilly, we have to be practical here. I know you love me and I love you too. But you are too rich. Just find a rich boy and marry him. Sorry.”

Or if I marry a fellow struggling lawyer and then three years down the line she is snapped by the UN and her income triples mine? Should I now be sulking around the house feeling insecure and emasculated because a woman is out-earning me? Should a girl’s marriage prospects be pegged on her earning power and career progression?

I think it is time we redefined manhood. I do not think masculinity today is all about physique and bank accounts. I think manhood is about courage. The courage to fight for the truth. The courage to defend justice. The courage to defend the principles that define us. Manhood is about integrity. Doing that which is right even when nobody is watching. And integrity includes working hard, lest some deluded man thinks I am saying it is okay to idle around and live off a woman. Sorry bro, that is not what the new order is all about. You still need to do your share by making your existence count for something. And so, fellow short man, stop sulking and inject some positivity into the world. Your height does not make you more, or less, of a man. You don’t have to prove your masculinity to anybody. 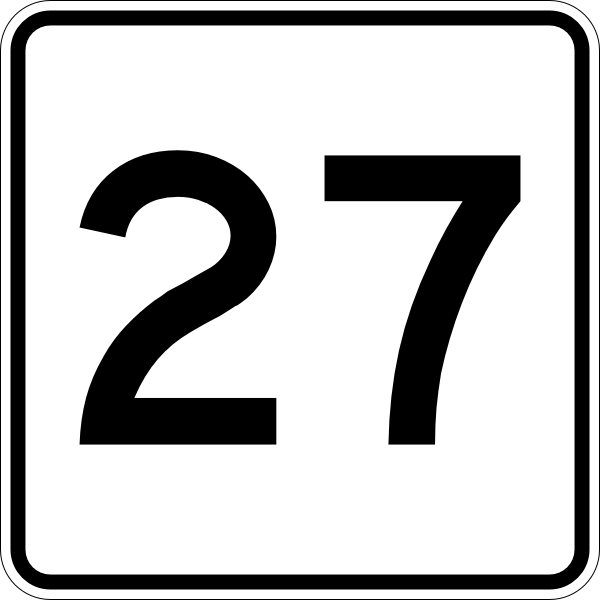 Reflections on the Verge of 27-By Edward Maroncha
November 25, 2016